WOLVES IN THE THRONE ROOM: 2014 Album Release In The Works 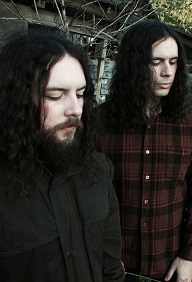 Barring the recent release of their BBC Session 2011 Anno Domini live 12″, WOLVES IN THE THRONE ROOM have been keeping a low profile since the conclusion of the world-spanning tour that supported their most recent LP, Celestial Lineage. Now, word comes that the band, along with producer Randall Dunn, has been quietly cultivating the next chapter in their ongoing musical evolution.

While little else is known of the impending recordings as of now, the brothers Weaver have confirmed that, the music is currently in the final stages, being prepared for release in the first quarter of 2014. An official communiqué on WITTR’s impending 2014 actions will be announced very early in the New Year.