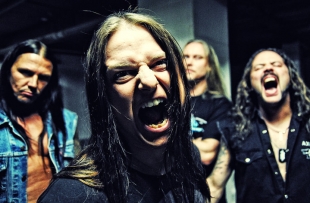 Swedish classic metallers WOLF have posted a video message regarding their slot on this year’s installment of ProgPower USA. The festival is set to take place September 6th and 7th in Atlanta, GA, and will be the band’s first appearance in North America since 2003.

WOLF’s most recent album, Legions of Bastard was released in April of 2011 by Century Media Records.

The festival features the following lineup: