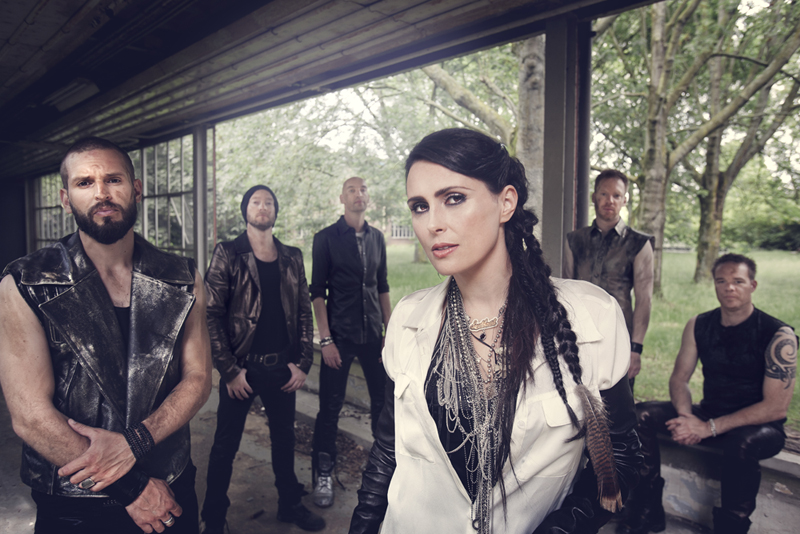 After months of blood, sweat and tears from Dutch symphonic metallers WITHIN TEMPTATION, the band’s new album, Hydra, is now on the road. While the group is on tour, singer Sharon den Adel is keeping a video diary of the trek that shows you what happens during and in between shows, and what it’s like for the band to bring Hydra to the stage and see people respond to the new songs for the first time.

In the eighth episode of the diary, you finally see what Sharon was so upset about at the end of last week’s video; Sharon joins a musician on the street; guitarist Ruud Jolie celebrates his birthday; there are more parties on the bus, and you get to see more backstage footage.