Watch This Guy Play “Raining Blood” On His Banjo 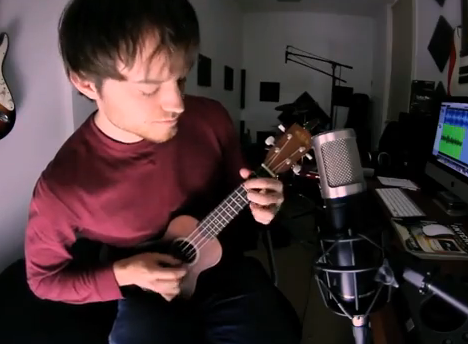 Chicago-based guitarist Rob Scallon, who became an Internet sensation earlier in the month when he released a video for his ukulele cover version of SLAYER’s “War Ensemble,” has returned with yet another unconventional rendition of a classic SLAYER song, this time with his banjo take on “Raining Blood.” The video can be viewed below.

Written by Jeff Hanneman and Kerry King for SLAYER’s 1986 studio album “Reign In Blood”, “Raining Blood” is one of only three tracks on the LP that is longer than three minutes, having a running time of four minutes and seventeen seconds. The song closes out “Reign In Blood” with a minute of rain sound effects.