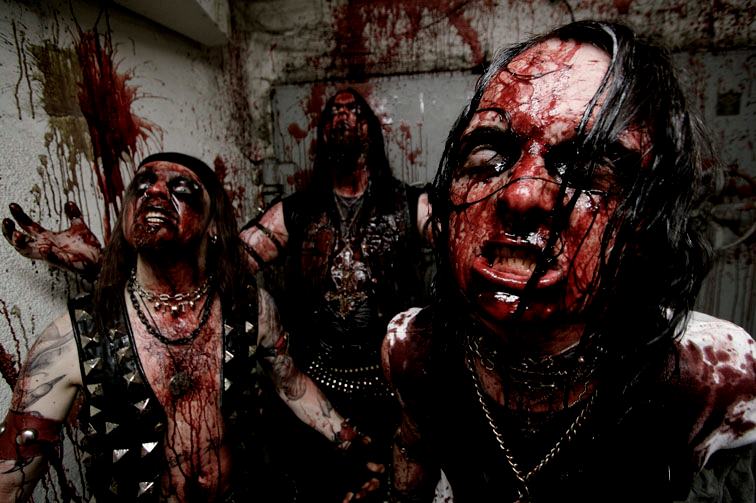 Live footage of Swedish black metallers WATAIN during their June 20 performance at France’s Hellfest is available below. The band most recently played their only 2014 U.S. appearance in Brooklyn on June 15.

The band’s most recent album, The Wild Hunt, was released in August of 2013 via Century Media. Produced by Tore Stjerna at his Necromorbus studio in Alvik, Sweden, The Wild Hunt is a sonic and lyrical tour-de-force that explores WATAIN’s roots, such as BATHORY and DISSECTION, while also remaining truly unique. Having lost none of their integrity, WATAIN continues to push the boundaries of the scene with their fifth full-length, refusing to compromise their sound and vision. Amid the tracks teeming with the band’s classic sound, The Wild Hunt also features clean vocals (a first for the trio!) which, as Erik Danielsson puts it, “is just us being brutally personal and honest. It shows another important facet of the WATAIN world.”