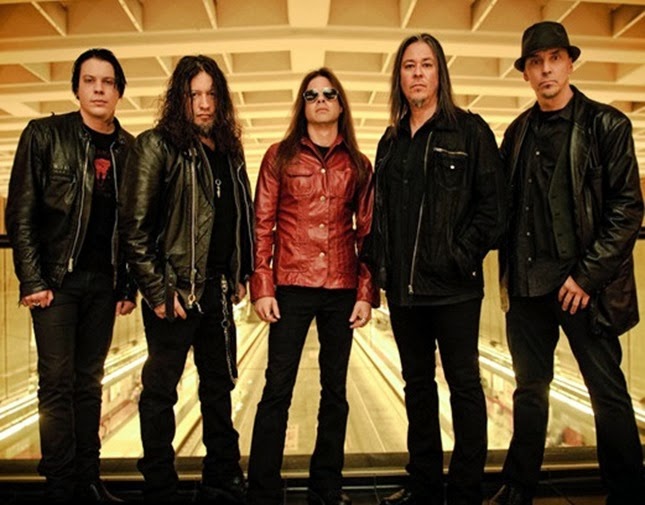 According to Billboard.com, QUEENSRŸCHE is giving fans a chance to share in profits that the band generates through such avenues as merchandise and record sales.

QUEENSRŸCHE is attempting to raise $2 million, with a minimum investment of $50,000 giving those fans who who pass an independent accreditation process a chance to “actually own an equity stake in the band,” attorney Marc LoPresti of LoPresti Law Group, who helped QUEENSRŸCHE establish the LLC, told Billboard.com. “There is nothing that they do as a unit as QUEENSRŸCHE that the fans that invest will not be a part of.”

LoPresti added that the band is “hoping that [they] will engage more people instead of less, because for the guys, it’s about the music and it’s about the fans.” The money that is generated will give the group “the flexibility to do a lot of things,” said QUEENSRŸCHE drummer Scott Rockenfield, who said that he and his bandmates are working on “a lot of big-picture stuff,” such as “touring and being able to present ourselves in bigger ways.”

A PledgeMusic campaign, “Building The Empire”, has been launched that will act as a pre-order campaign for QUEENSRŸCHE’s next album, tentatively due in early 2015. Eddie Jackson, Todd LaTorre, Parker Lundgren, Scott Rockenfield and Michael Wilton are offering fans various unique experiences to bring them closer to the band than ever before. The band is offering everything from limited-edition vinyl and merchandise to the actual instruments played on the upcoming album and a chance to hang with the band in their hometown of Seattle.

A video clip announcing the PledgeMusic campaign can be seen below.