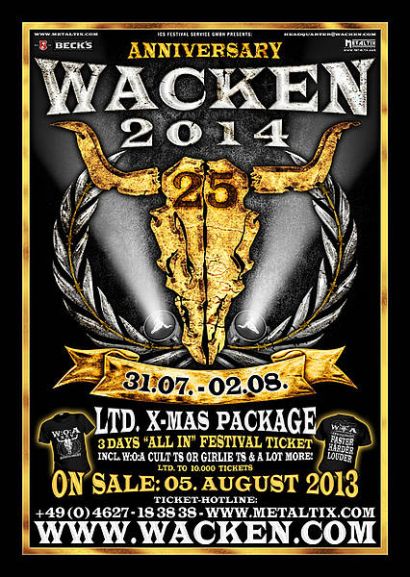 The organizers state: “The biggest metal party of the year is still in full swing and you made the festival an unbelievable event. We’re looking forward to celebrating the last hours of W:O:A 2013 with you! And already we announce the first package of stunning mega acts for next year! In 2014 we will celebrate 25 years of Wacken Open Air – 25 years of metal madness – together with you!

The biggest metal party of the world is what it is because of you – the fans! And we will again present a high-class and varied line-up with great Wacken debutants, bands which haven’t played for a long time and also some of the beloved Wacken classics.”

Pre-sale and ticket package information can be found here.