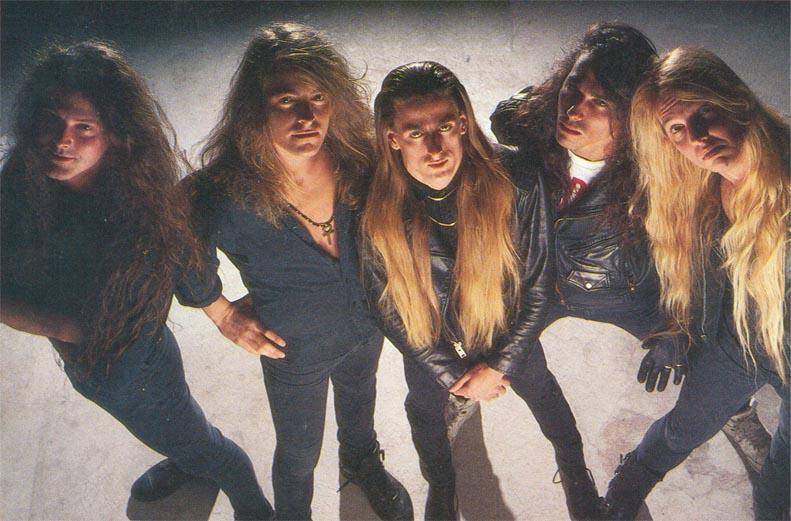 A new Sanctuary album – their first in 24 years – is due sometime this year, guaranteed to rip open the still-fresh wounds of Nevermore’s 2011 demise. To the uninitiated, Sanctuary features two now-ex Nevermore members in its ranks – vocalist Warrel Dane and bassist Jim Shepherd. Also, guitarist Jeff Loomis also did time in Sanctuary as a touring member before the band called it a day and subsequently morphed into Nevermore in 1994. All sorts of symmetry.

However, one shouldn’t sleep on the band’s late 80s/early 90s output, which produced two major label, yet under-the-radar releases in the form of 1987’s Refuge Denied, and 1990’s Into the Mirror Black, which is where “Future Tense” is culled. Massively underrated, Into the Mirror Black was a fruitful exercise in steely, non-subgenre quarantined metal, full of smart songs, adventurous arrangements, and the hellion howl of Dane. The album’s opening number “Future Tense” has all sorts of relevant lines, even asking “What will the 90’s hold?” Ah, timeless stuff. (And hair everywhere.)