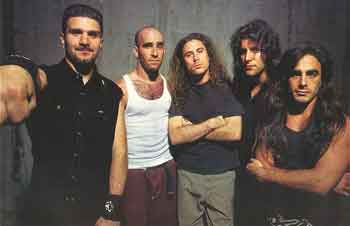 Spurred by recent developments of Anthrax’s forthcoming new album (which should see the light of day this fall), back in time we shuffle to 1993 with “Only,” the band’s first single on the much-debated Sound of White Noise album. With former Armored Saint frontman Josh Bush recently inserted into the band’s ranks, Sound of White Noise marked a sonic shift away from the spunky thrash of the late 80’s.

One could make the argument the band was already on such a path with 1990’s decidedly dark and stretched-out Persistence of Time, but SOWN was a leaner, heavier version of Anthrax, fitting for Bush’s everyman vocal approach. Nevertheless, “Only” was good enough to earn the praise of James Hetfield, who once said it was “The perfect metal song.” Decide for yourself on that one…