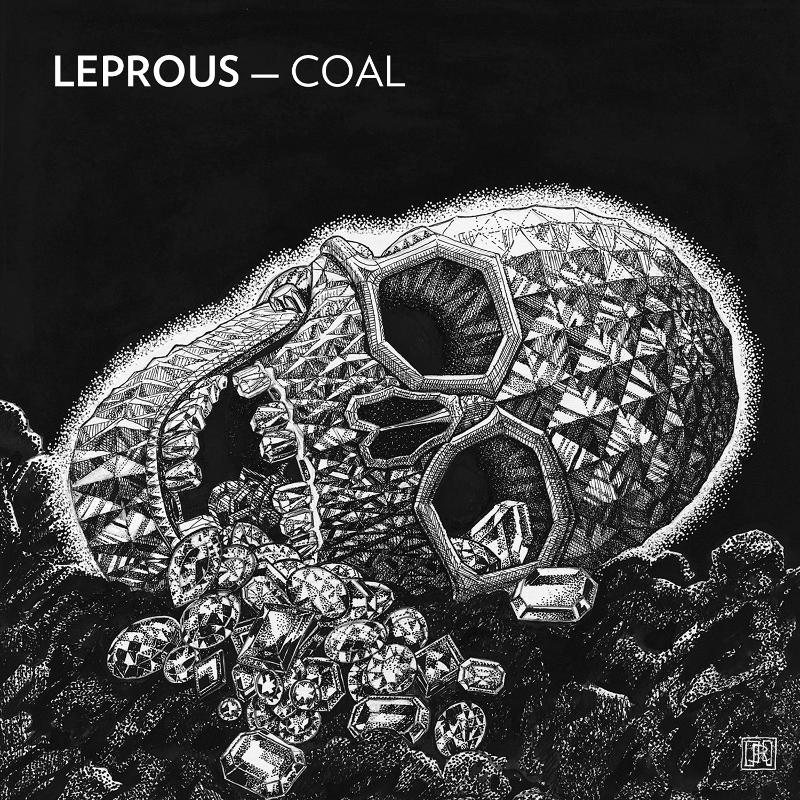 Norwegian prog metallers LEPROUS are set to release, Coal, on May 28th in North America (May 20th in Europe) via InsideOut Music. Not too long ago, Dead Rhetoric reported that LEPROUS finished filming a video-clip for the fourth track, “The Cloak”, in which the video was shot most suitably in a mine. Today, LEPROUS has unveiled “The Cloak” which may be viewed below. The artwork for their latest effort was conceived by acclaimed American artist Jeff Jordan, who previously created the artwork for the band’s last album, Bilateral, in addition to working with THE MARS VOLTA.

LEPROUS provides the following update: “While we’re anxiously waiting to release ‘Coal‘ to the public, another taste of it is coming your way. A while back we announced a video was in the making, and now everything is ready for your eyes and ears. ‘The Cloak’ is our second music video, and we’re extremely excited to finally release it. We spent one very long day inside the Konnerud Hill Mines here in Norway, getting some very interesting footage. The video, just like the clip for ‘Restless’ on our previous album, was made by Twichty Films, but we promise you no fish or cake was harmed this time around. A dark, moist atmosphere, far into the deep…”

LEPROUS comments about the album’s imagery: “The artwork for this album was a hard nut to crack. We wanted something dark, melancholic but with a distinct character. We tried several solutions without finding the perfect supplement for the music, before we decided to contact Jeff Jordan once again. Jeff immediately had wonderful ideas that we decided to pursue. The artwork of Coal is in my opinion the most iconic we’ve had so far.”