Video Footage Of IN FLAMES In The Studio Now Available 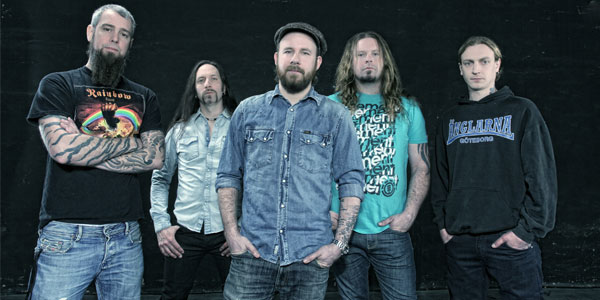 Footage of Swedish metallers IN FLAMES recording their new album at Hansa Studios in Berlin is available below. The recording of the band’s eleventh album will continue throughout the year, and in the spring of 2014 we will have the chance to hear the result of this exciting meeting between the classic studio and the Swedish metal pioneers.

The single “Deliver Us” recently reached platinum status in Sweden and the band’s inexhaustible touring have fortified the band as Sweden’s big metal export. Now it is time for the next adventure for In Flames, who have sold more than three million records to date.

Vocalist Anders Fridén, cannot wait to get into Berlin’s legendary studio where milestones such as David Bowie’s Heroes and IGGY POP’s Lust For Life were created. And it is not only the history of music that is constantly present on Köthener Strasse 38. The house was built as early as in 1913 and the studio used to be called Hansa by the Wall because of its closeness to the Berlin wall.

When I visited Hansa Studios earlier this year I got goose bumps. There is so much history both inside and surrounding the studio and I want to be a part of that. Magic has been created here and hopefully that will affect us,” Fridén says.