UK death metal/crust crew VALLENFYRE will release a new 7″ single, entitled “The Last Of Our Kind”, in time for the North American tour with their Century Media label-mates At The Gates, plus Converge and Pallbearer.

Side A will be the previously unreleased title track and Side B will be “The Great Divide”, which was previously only available as a Decibel flexi disc. The cover artwork was done by Brian D’Agosta, who also created the art for the band’s Splinters album.

The 7″ is limited to 500 copies worldwide: 100 copies in red vinyl only available during the tour; 400 black copies available through www.cmdistro.com and select metal stores. The red version will be available starting March 27th at the tour’s first show in Los Angeles; the release date for the black version is set for April 6th in Europe and April 7th in North America.

On the upcoming tour, Greg Mackintosh (vocals) and Hamish Glencross (guitar) will be supported by live guitarist Sam Kelly-Wallace and live drummer Waltteri Väyrynen, who already played with them on last year’s tour with Bolt Thrower and the Splinters Over Iberia Tour in early 2015. VALLENFYRE drummer Adrian Erlandsson (At The Gates, Paradise Lost, The Haunted) can’t do two shows every night and decided to play only with At The Gates, while bass player Scoot already had a commitment to play a South America tour with Doom (Scoot will be replaced live by Alejandro Corredor from Nausea).

Before VALLENFYRE flies over to the US, they will play Blastfest in Bergen, Norway this upcoming weekend (also with At The Gates and other label-mates such as Asphyx, Borknagar, Dark Funeral, Dark Tranquillity, Finntroll, Moonsorrow, Morgoth, Paradise Lost, Watain). The band will also appear at summer festivals like Hellfest, Graspop and more. 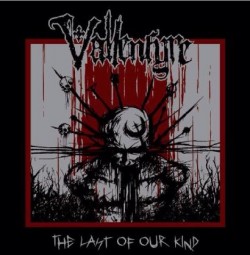