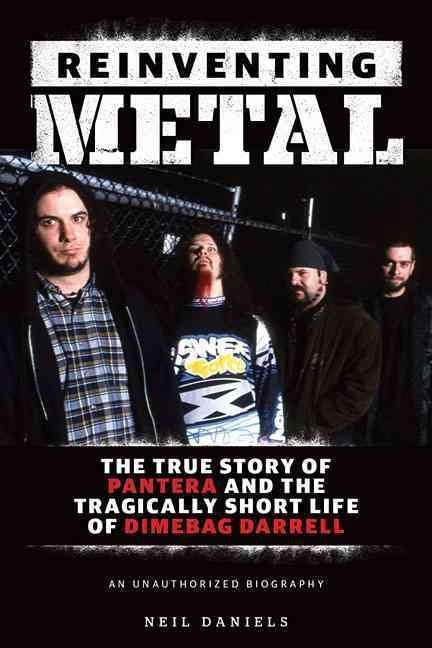 On September 10th, UK author Neil Daniels will publish his new book, Reinventing Metal – The True Story Of PANTERA And The Tragically Short Life Of DIMEBAG DARRELL, via Backbeat Books.

The book’s official description reads: “PANTERA is widely regarded as one of the most influential and revered American metal bands of the past 20 years. Although its output was relatively short — from 1983 to 2000 it released only nine studio albums — its impact on the metal scene since the band split up in 2003 is still felt to this day. Guitarist Dimebag Darrell was tragically killed in 2004 but his legacy remains undiminished.

“PANTERA had an enormous influence on nu-metal, groove metal, metalcore, and grindcore and continues to be publicized and written about. Its 1990 breakthrough album Cowboys From Hell is still regarded as one of the greatest metal albums in history, as is PANTERA’s sixth opus, Vulgar Display Of Power.

“Previously, the band had been associated with the glam metal scene, but as 1987 saw the release of many important thrash albums by such bands as SLAYER and METALLICA, PANTERA recruited underground metal fan Phil Anselmo and changed its image and sound to something more aggressive, becoming a thrash-groove metal crossover band.

“With a wide array of research and many first-hand interviews with those who knew the group well, Reinventing Metal is an unauthorized, first-ever biography that focuses on the entire band — from its Texas high school start to the global mega-success that anchored PANTERA as one of the most important metal names ever.”

A video trailer for the book can be seen below.