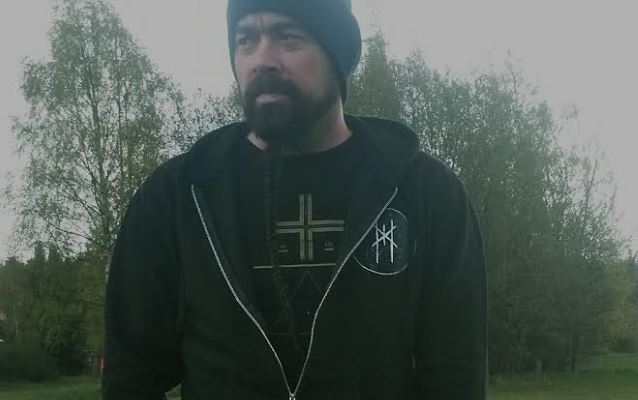 Original BORKNAGAR vocalist Kristoffer Rygg (more commonly known as “Garm”) has recorded vocals for two songs on the upcoming BORKNAGAR album. Due in the fall via Century Media, the CD will be mixed in June by Jens Bogren at Fascination Street Studio.

Commented BORKNAGAR mainman Øystein G. Brun: “These days, 20 years ago, Kristoffer and I hooked up for the very first time in Bergen to record vocals for the BORKNAGAR debut album. Glorious days, indeed. Last night I was barely asleep as I got the first vocal samples from Kristoffer late yesterday evening and have been listening to the songs repeatedly since then. Being a former bandmate and a huge fan of his work ever since we parted ways back in the days, I certainly did expect a lot, but what he sent over this time around surpasses every expectations. Really!

“Still trying to get my jaw back in position and the goosebumps seem to have turned chronic on me. Kristoffer performs the lead vocals for one full song called ‘Winter Thrice’ and does additional vocals for another opus called ‘Terminus’. Being a profoundly nostalgic person, this makes me reflect about how damn lucky I am to have been able to work with some of the finest vocalists in the world throughout the years. Musically, the upcoming album will be a celebration of just that.

“Along with the vocals of Vintersorg, ICS Vortex and Lazare, it should be needless to argue that this will be a very special album! Massively so!”