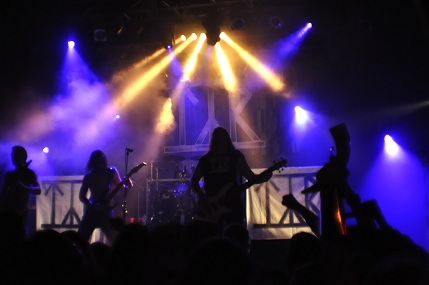 TÝR sticksman Kári Streymoy has parted ways with the Faroe Islands based band, who are currently working on their first album for Metal Blade Records slated for release some time this fall. The record will feature LEAVES’ EYES vocalist Liv Kristine on the track ‘The Lay Of Our Love’. TÝR have issued the following statement about the split:

“We regret to inform you that Kári Streymoy and the rest of the band have parted ways. Kári suffered a back injury in 2008, and since then he has had some issues with his drumming. That is the main reason that the co-operation has been problematic for some time now, and we finally decided to part ways. We want to thank Kári for his time in the band. It’s been great to have you with us, we wish you the best of luck in the future and we hope you recover fully some day. More details to follow on who we got to fill in for Kári in studio. I think most of you are in for a big surprise.”