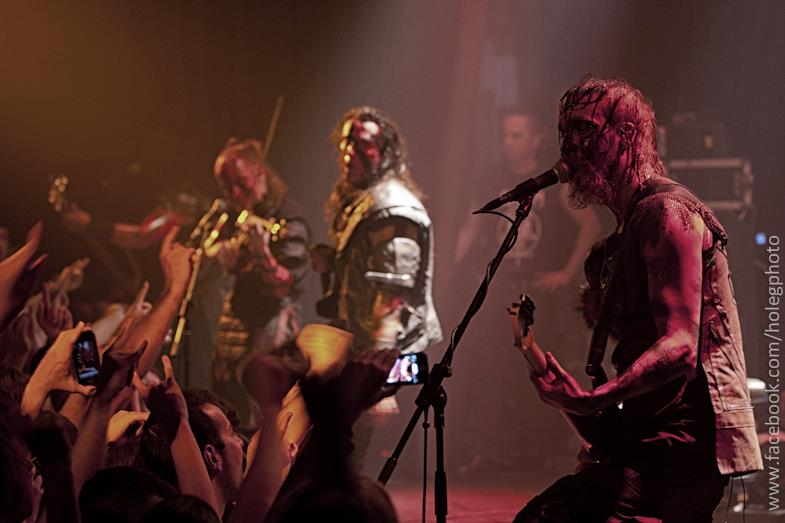 TURISAS have announced today that they will release their new album, Turisas2013, on August 26 in Europe and on September 3 in North America. The CD was produced by vocalist Mathias Nygård and the majority of the album was recorded by Nygård and guitarist Jussi Wickström in a remote house outside of Helsinki. Additional recordings were done in three other studios: the drums at Atomic Spa Studio and orchestral recordings at 5 by 5 Studio, both in Helsinki. Vocal and acoustic elements were laid down at Sound Supreme Studio in Hämeenlinna where TURISAS also recorded The Varangian Way and Stand Up And Fight. The mix and mastering was done by London-based producer Jaime Gomez Arellano, who previously worked with GHOST, PRIMORDIAL and ULVER, just to name a few.

Nygård comments: “When it comes to the production, it’s just the opposite of the polished and massive ‘Stand Up And Fight’. It’s raw and dry and in your face, but still maintaining that TURISAS largeness.