Swedish death metal innovators TRIBULATION are streaming “The Motherhood of God,” a song from their forthcoming new album, The Children of the Night.

TRIBULATION will present the new album on a handful of selected shows in Germany, The Netherlands and Sweden, before they go on tour across Europe in May with Melechesh and Keep Of Kalessin. 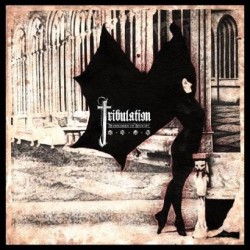