Five lucky fans will get something extra in their copies of TOOL‘s forthcoming commemorative edition of the “Opiate” EP.

Dubbed the “Seal of Xatanitos,” the five certificates will be placed randomly amidst the 5,000 copies of the collectible reissue. The prize will only be disclosed to each of the five winners.

The 21st-anniversary edition is limited to 5,000 copies and features art direction by guitarist Adam Jones, illustrations by legendary artist Adi Granov and design packaging by Mackie Osborne, who has collaborated with TOOL on many albums, including “10,000 Days”, “Lateralus” and“Salival” as well as posters and merchandise.

The 5,000 copies will be broken down into five variations (each 1,000 pieces) with each set featuring a slight alteration of the exterior graphics and included bonus items which include a new stereoscopic image for fans to use with their glasses from the “10,000 Days” packaging.

Jones recently spoke to Revolver about the deluxe reissue of “Opiate”, telling the magazine, “What I want is to go to the store and buy something and go, ‘Damn, I got more than my money’s worth.’ I want something where you can tell a lot of time went into it.”

Jones has always been deeply involved in TOOL‘s artwork and visuals, telling The Pulse Of Radio a while back that his interest started long before the band. “I’ve always been into art and drawing and sculpting, and I did makeup effects for a long time, and it’s always been a big part of my life,” he said. “And Maynard too, and, you know, the other band members — you know, when I met those guys, they were all doing something kind of creative, and I think that’s why it clicks.”

As for revisiting the music on “Opiate”, Jones said, “It’s kind of like a time machine. It takes you back to that time and what you were thinking. Creatively speaking, there’s always room for improvement . . . but overall I like it. It’s something I’m very proud of.” 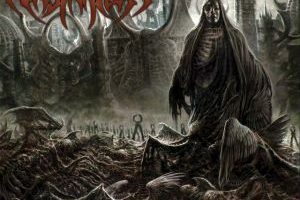