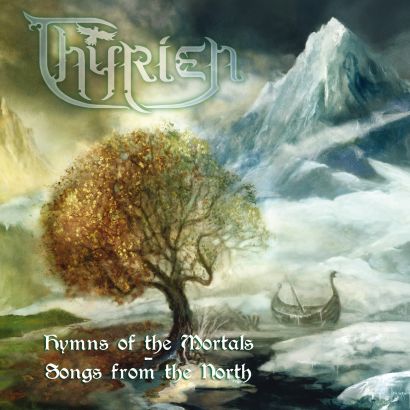 Once upon a time, in 2005 to be precise, THYRIEN was forged in the cold and harsh wastelands of Finland. In the beginning it was only a way to express music for Oskari and Jere, but later on a few other members appeared to strengthen the ranks of THYRIEN. After a while they noticed that the new members weren’t that into working as a band so few lineup changes were to be made.

The journey was a bit complicated in the beginning, but after a while they figured everything out and Valtteri and Sakari Martikainen as well as Oskar Ketola completed the lineup of THYRIEN.

Now let us speak about the band’s musical style, shall we? Are you a fan of folk metal, death metal and black metal? THYRIEN got you covered and are offering you a fresh sip of mead without forgetting the traditions of folk metal. The guys focus on bringing you a melodic and brutal atmosphere with catchy drumming and grim vocals.

Their upcoming debut album, Hymns Of The Mortals – Songs From The North, is expected to be released on January 24th.