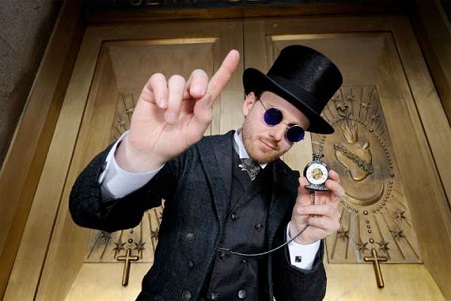 THERION’s long-in-the-works rock opera is to be rolled out this December. In support will be ARKONA, THE DEVIL and SOUND STORM.

“When announcing that we will be working on a rock opera for some years, we were met with many deep sighs as the original plan was to stay off touring completely and only do a few festivals once in a while (to not completely loose contact with the fans meanwhile). I’ve learnt over the years that it’s better to focus on one thing and not interrupt it with a lot of other types of activities. I am, however, not unable to change my mind if there is a good reason for it. We are not supposed to start working properly on the rock opera until the autumn, but we have cheated a bit and already started a bit. We have discovered that the possible musical directions are many and after a while the idea to test them on an audience was born.

“Unlike a regular Therion album where we do what we wanna do and record buyers simply can like or not like it, this is a much larger project and we are dependent on making something that really appeal to people in a broader sense. The idea of spending several years on something that may not launch fully due to being too inaccessible vs production expenses is not appealing at all. Also after 25 years of doing whatever we wanted, it’s a real challenge and a new experience to try to work in a certain direction intentionally. So we need guinea pigs to test the stuff on to see how we are doing. That’s where you guys come in. So we will be doing a couple of shows where we will perform a few pieces of what we have so far and see the reactions, if we are going in the right direction or if we need to get back to the drawing desk again. We will also reveal the concept of the rock opera then.

“While being on the road with all the gear hooked up on stage, we will of course take the opportunity to blow off a set list with old classics at the same time.”