The Kahless Clone’s Vito Marchese: What I’m Listening To 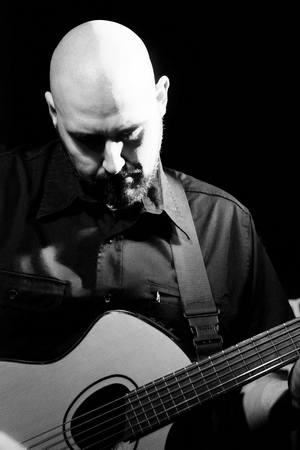 What’s up Dead Rhetoric readers? My name is Vito, and here are three albums that I find myself listening to quite often: 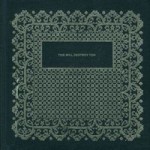 This Will Destroy You – Self Titled

I first discovered This Will Destroy You by sheer accident on YouTube a couple of years ago. One of their songs called “Quiet” came up on the suggested videos section, and I ended up clicking on it. I immediately fell in love with what I heard. Since then I’ve become a full blown addict of their music. They’ve been such a huge influence on my songwriting. This album has two of my favorite songs by them. “A Three-Legged Workhorse,” and “Burial on the Presidio Banks.” There is just something about their music that I’ve never gotten from any other band before. It’s heavy, it’s chilled out, it’s atmospheric, it can be depressing as fuck, and it is absolutely beautiful. I’ve seen them live a few times now, and they are one of the best live experiences you can have. You definitely need to check this band out. 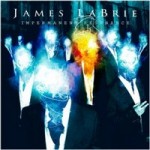 Yes, I’m a huge Dream Theater fan. Yes, I’m a huge fan of James LaBrie’s voice. Yes, I don’t think Dream Theater would be Dream Theater without James LaBrie’s voice. Now before some of you stop reading this because of these statements, hear me out. This album is pretty much perfection in my opinion. You’ve got top tier players, amazing songwriting, and probably the best metal production I’ve heard on a CD to date. I bought LaBrie’s two previous solo albums – Static Impulse, and Elements of Persuasion as soon as they came out, and played them nonstop. This album blows those two out of the water however. I listen to this entire album at least three times a week, and there isn’t a day that goes by where I don’t listen to at least one or two of these songs. If you aren’t into the proggy side of Dream Theater, but really like when they have more “basic” structured songs where it’s not about the “look at all these different time signatures and notes we can play”, then I think you’ll really like this album. It’s great songwriting that’s to the point, with some flashy stuff thrown in as well. I even think LaBrie sounds better on this solo stuff than he does on the Dream Theater songs.

I heard Tesseract a couple of years ago right around the time they were getting ready to release their first full length. I remember buying it, and liking what I heard a lot. It sounded like they were trying to do something a little bit different than all the other “djent” bands were doing. They were mixing some atmospheric passages into their songs, which was more interesting than just your typical 0-0-0, 0-0-0-1-0, 0, 0-0, 0-0-0 riffs. When I bought Altered State, I was blown away by their new vocalist Ashe, and how much more of that atmospheric side they had put into their songs. I saw them when they were on tour with Katatonia, Cult of Luna, and Intronaut in Chicago the other year. They were great live, and my favorite band of the night. Unfortunately they don’t have Ashe on vocals anymore. You should definitely get your hands on this album though if you like some of that modern prog metal (djent for all you kids out there), mixed with some cool atmospheric stuff.

The Kahless Clone’s debut EP, An Endless Loop, will be released on March 17th. Check out the song “I Can Feel Them, but I Can’t Remember Them” below.