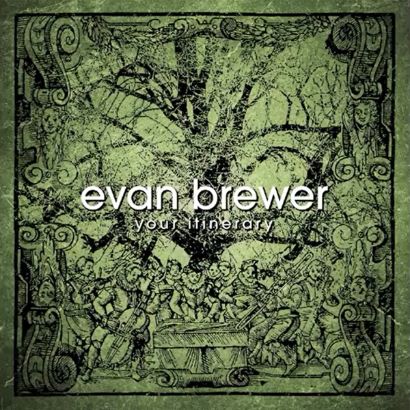 Evan Brewer (THE FACELESS) solidified his position as one of today’s most dynamic bassists with the release of his solo bass album Alone, which only featured bass instrumentation. This was an extremely risky endeavor that paid off ten-fold showcasing Brewer’s full arsenal of bass playing and songwriting skills covering aspects of many genres of music that ultimately exposed him to a new audience outside the metal genre.

On July 16th, Evan Brewer will release his sophomore solo album, Your Itinerary, which features the additions of piano, drums and guitars resulting in a very captivating and engaging listen. Your Itinerary proves that Brewer is one of the most talented bassists around today, according to a press release.

A slew of new preorder special bundle packages are now available for purchase exclusively at Merchconnectioninc.com.