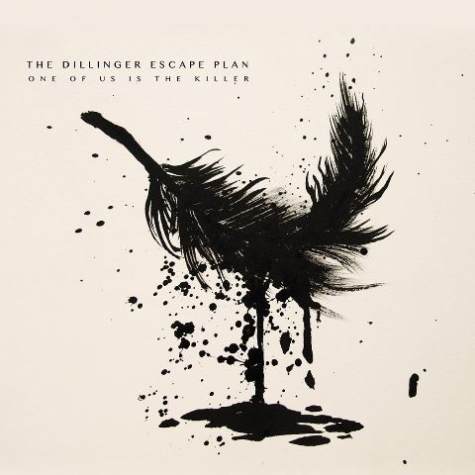 Audio samples of all the tracks that are set to appear on “One Of Us Is The Killer”, the fifth full-length album from the New Jersey-based “mathcore” actTHE DILLINGER ESCAPE PLAN, can be streamed in the YouTube clip below. The CD will be released on May 14 through the band’s own Party Smasher Inc., in partnership with Sumerian Records in North America.Party Smasher‘s partnership with BMG covers the rest of the world, including licensing deals with Grind House for Japan and Remote Control in Australia.

“One Of Us Is The Killer” was recorded in Southern California with longtime producer Steve Evetts (GLASSJAW, THE CURE, SUICIDE SILENCE), with additional production at guitarist/co-founder Ben Weinman‘s studio. Mastering will be handled by Tom Baker (DEFTONES, NINE INCH NAILS,BEASTIE BOYS).

Speaking to AOL‘s Noisecreep, THE DILLINGER ESCAPE PLAN vocalist Greg Puciato stated about the recording process for the band’s forthcoming CD: “DILLINGER is a different beast in tracking than most normal bands. EvenSteve has told me that there’s no other band that he has recorded that requires this amount of attention to detail. We take a longer amount of time to do one thing than most bands take to do ten. At this point, talking toBen about it, we only do this once every three years on average so ten years from now I don’t want to look back and think, ‘Fuck man, we should have finished that one three weeks earlier!’ Who cares? You want it to be right and you want it to be the thing that was the closest to what your vision actually was.”

Regarding the direction of the new THE DILLINGER ESCAPE PLAN material,Puciato said: “I can hear [the influence of old punk and hardcore records] a lot. I can definitely hear that in some of the riffs, which are really aggressive. It’s not a blatant hardcore record or anything like that. I actually think this is the most all over the place and weirdest record we’ve ever written. It’s the first one since I joined the band where Ben has sent me songs and I’ve been like, ‘What the fuck is happening? This sounds like a beehive!'”