THE CHURCH OF PUNGENT STENCH Change Name To SCHIRENC 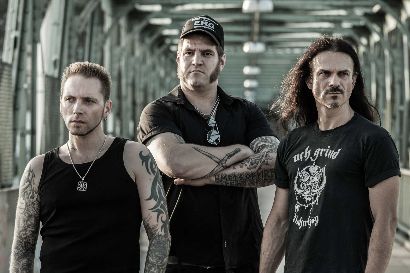 Due to a temporary restraining order, I’m not allowed to use the name THE CHURCH OF PUNGENT STENCH, until further notice. Apparently, the current state of the ongoing soap opera of Pungent Stench has reached a new level of buffoonery.

However, this will not keep me from playing my music! All announced shows will take place as planned and only classic PUNGENT STENCH material will be featured, but for now the band is going to perform under my name – SCHIRENC.

Mike (G. Mayhem; drums), Danny (Vacuum; vocals and bass) and I are looking forward to rock, because whining is for wankers!”

PUNGENT STENCH’s most recent album is 2004’s Ampeauty, which was released via Nuclear Blast Records.