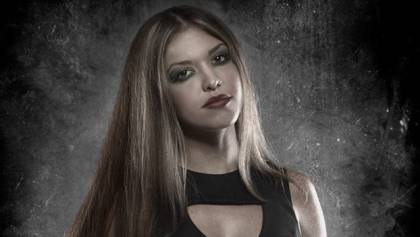 THE AGONIST earlier in the week announced the addition of Psarakis to the group’s ranks. Vicky joins THE AGONIST as the replacement for Alissa White-Gluz, who left the band to focus on her new gig as the frontwoman of ARCH ENEMY.