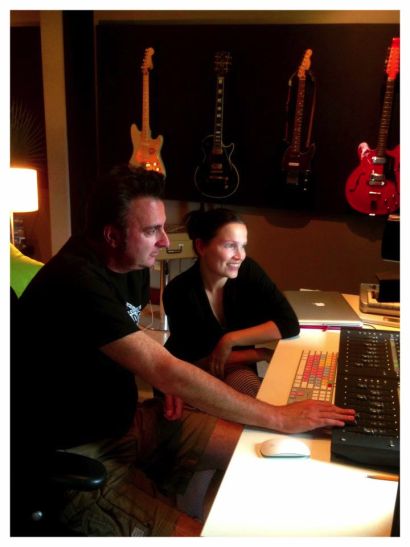 Former NIGHTWISH vocalist TARJA TURUNEN has been in Austin, TX working on her upcoming album, slated for release sometime in August or September. The name of the album will be revealed later this month. Keeping fans informed, she posted an update revealing the title of three new songs: ‘Never Enough’, ‘Into The Sun’, and ‘Medusa’.

Other song titles set to appear on the album are ‘Lucid Dreamer’, ‘Neverlight’, and ‘500 Letters’. Tarja recently filmed a lyric video for ‘Never Enough’ and is expected to premiere soon.

Tarja recently checked in with fans, offering the following update: “The long process is soon getting to its end. Or if you prefer, to the beginning. Now the mix is done, next week the album will be mastered and ready for production. Once again I am working with Dirk Rudolph on the album artwork and he will nail it soon. You can expect, as before, beautiful photos, maybe more shocking this time. This album took me to several places in the last 2 years, but nothing compared to where it will take us for promotion and touring.”