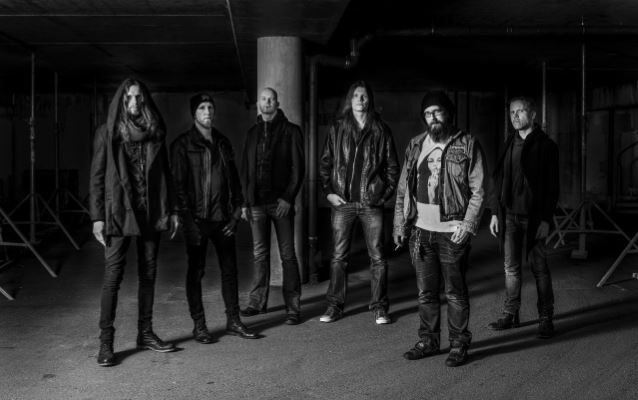 Jens Prüter, head of A&R at Century Media Records in Europe, comments: “It’s probably no news that we love the dark side of Finland. But we are very proud to finally work with one of the darkest Finnish bands that have spread their gospel of doom for the last 15 years.

“I first took notice of SWALLOW THE SUN when my Century Media colleague Philipp Schulte released their debut album on vinyl on his own label Imperium Productions. Since then, I’ve met them at several shows with bands like MOONSORROW, INSOMNIUM and PARADISE LOST, and became a fan of their unique mix of doom, death and despair.

“It’s an honor to start our direct relationship with a very special release later this year. Kippis, cheers and prost on the the next 15 years!”

Adds SWALLOW THE SUN vocalist Mikko Kotamäki: “We are really excited to be a part of the Century Media family, of a label which has done great work for years with many bands. This is also good news for all our fans because from now on our coming albums are more easily found all over the world. We are currently working on new songs in the studio for a release coming out later this year. More good news coming soon!”

SWALLOW THE SUN’s as-yet-untitled sixth studio album will be unleashed in the winter.