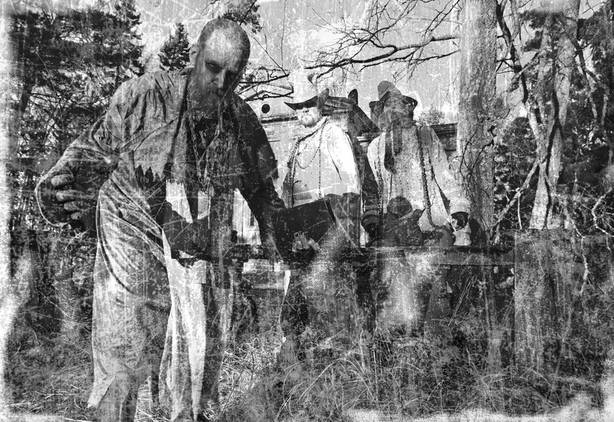 Svart Records has announced the signing of three piece Finnish metallers VAINAJA. Taking influences from early ’90s doom and death metal, the group’s debut album, Kadotetut is slated for a spring release. “Valon lapset”, a track from their forthcoming Svart Records release is available for streaming below.

Besides the crushing riffs and dark melodies, the album’s concept is based on encrypted true events from the past. Not much is known about the events that took place in the 19th century rural Finland. Traditional lore tells of an evil cult inducing chaos among parishioners of old Finnish religions. Evidence of such sinful formation have been gathered from church records and filmographies.

Traditionally, only three cultists are scarcely identified. The local preacher Wilhelm, the church cantor Kristian, and the gravedigger Aukusti seem to have been the main malefactors. Adjacent to the local church, these churchmen practiced their own crooked religion in the church cantor’s vast mansion. Besides blasphemy, the cult performed sacrificial murder and enslaved villagers to be buried alive.

Further evidence of the nefarious activities was recently found among the now ruined cantor’s mansion. Up to this date, only little has been known about the cult’s actions, since most of their belongings were burned together with the culprits. As a matter of fact, it is known that the cultists were ultimately condemned to be scorched to death upon a church altar.

What was found in the ruins has not been revealed until now. Consorted as the main discovery, an incredibly well-preserved book contains sermons written by the preacher Wilhelm. It seems that these twisted chants have led the cult to the series of murder, sacrifice, and conspiracy. The aged texts and hymns are now carefully transcribed in the songs of the new album. The concept album adds unprecedented details to the controversial and encrypted story.