Seven agonizing years have finally come to an end, as “Old Morning’s Dawn,” the long-awaited new album by SUMMONING will be unleashed this Friday, June 7. Today, SUMMONING released the title track via Soundcloud and may be heard below. While the boxset limited to 1000 copies sold out way before it’s release date, the physical album is still available for pre-order here.

The following press release was also issued about the new album: “Despite the long break, the congenial duo Silenius and Protector did not stray an inch from their patch. Their distinctive melodies are the heart of all the songs on the latest longplayer, and bring the listeners directly into the fantastic world of Middle-Earth. This becomes evident in e.g. “Caradhras,” where already the first notes let the mighty and ice-clad mountain appear in the mist, whereas “Flammifer” summons the spirit of Eärendil.

“The majestic and diverse hymns are a monument of epic proportions and are beyond comparison in each and every second. SUMMONING’s epic black metal is the perfect soundtrack for a world filled with legendary characters, massive strongholds and breathtaking landscapes, Old Mornings Dawn marks the glorious return of a band, who has already become a legend in its own right.”

According to SUMMONING, Napalm Records is planning an ultimate earbook edition with different cover artwork, a 24 pages booklet, the CD with the bonus tracks, and a special 7 inch vinyl with acoustic versions of the songs “Old Mornings Dawn” and “Caradhras”. Near the tail end of 2013, “Nightshade Forests” and “Oath Bound” will be released on vinyl. Next year the “Lost Tales” EP will be released on 10″ vinyl which will include two remixes of the earbook mentioned above. In addition, there are six unfinished and unreleased tracks from Old Mornings Dawn which SUMMONING plan to release on an exclusive vinyl (possibly including a download code) in the middle of 2014. 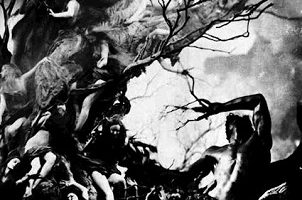 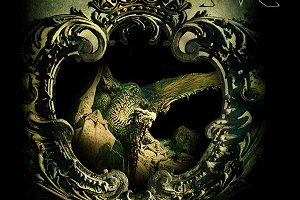