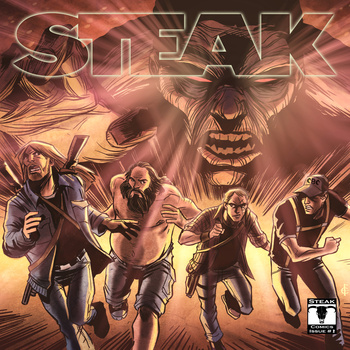 U.K. stoner four-piece STEAK has signed a worldwide deal with Napalm Records/Spining Goblin. Formed in 2008, STEAK has self-released two EP releases, including the latest, Corned Beef Colossus and have played at this year’s installment of Desertfest London and a multitude of Snowboard events in Europe.
Corned Beef Colossus and Disastronaught will be issued this year as a CD, digital and comic book artwork gatefold vinyl LP.

Get a taste for STEAK and check out the Corned Beef Colossus EP streaming in full below.