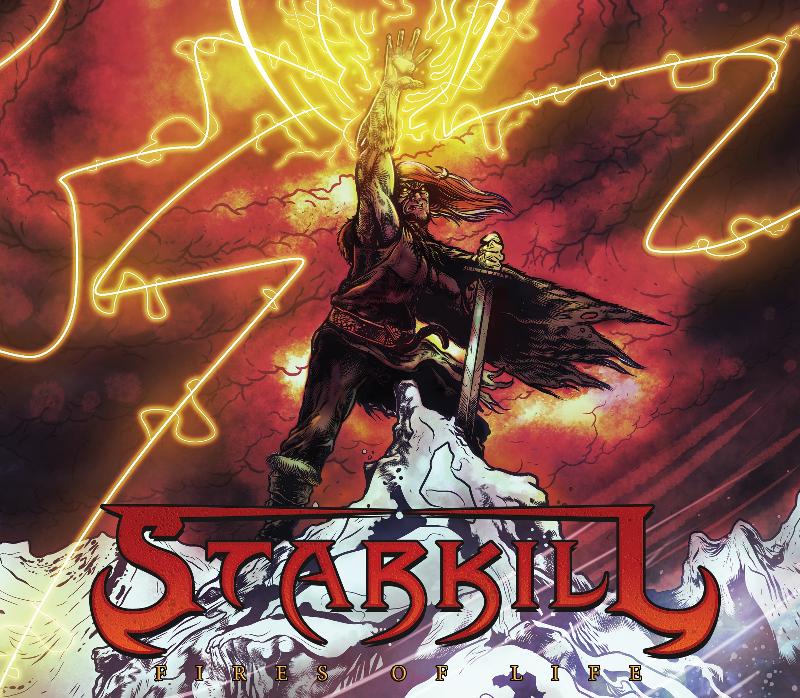 Chicagoland-based STARKILL has now launched an album teaser for their upcoming album, Fires of Life. Due out April 30th in North America and May 13th in Europe via Century Media Records, Fires of Life is both lyrically and musically overlain in medieval fantasy-themed battles, mythology, and destruction.

While most of their peers were listening to and playing to the “core” US-based bands, the members of STARKILL spent their days cutting their chops to European metal– and the band makes no qualms about wearing their influences on their sleeves. Inspired by the likes of early CHILDREN OF BODOM à la the now classic Hatebreeder and Follow the Reaper, in addition to NIGHTWISH, AMON AMARTH and DRAGONFORCE, STARKILL aims to pay homage to these acts, while also putting their own spin on Euro-metal– and their new album, Fires of Life, does just that.

1. Whispers of Heresy
2. Fires of Life
3. Sword, Spear, Blood, Fire
4. Below the Darkest Depths
5. Immortal Hunt
6. New Infernal Rebirth
7. Strength in the Shadow
8. This is Our Battle; This is Our Day
9. Withdrawn From All Humanity
10. Wash Away the Blood With Rain

Right after Fires of Life is released, STARKILL will head out on tour with HYPOCRISY, KRISIUN, ABORTED, and ARSIS.