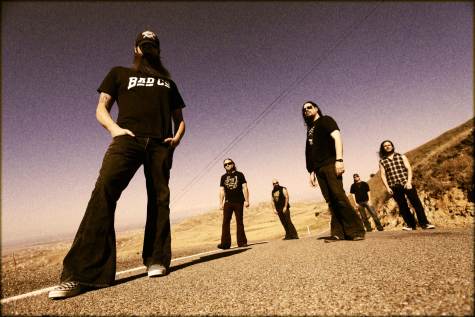 Friends since the age of 15, Narducci and Locicero bonded over their love of heavy metal and hard rock music. Looking back at that time period, Craig commented: “[We were] probably the youngest kids in the East Bay metal scene that were drinking beer out in the parking lot after seeing bands like TESTAMENT and EXODUS play.”

Although the two remained friends throughout the years, they both went their separate ways and started bands of their own. After years of playing with their respective groups, the two friends contacted each other and decided it was time to start playing music together again — and in 2004, SPIRALARMS was formed, risen from the ashes of bands SYSTEMATIC, FORBIDDEN and MANMADE GOD.

Comments Narducci: “We’re very proud to be a part of the SPV/Steamhammer Records! SPV is the perfect home for us to grow into the band that we had envisioned when we started. Their belief in SPIRALARMS has only inspired us to rock harder then ever! We always felt like we just needed a crack in the door so we can kick it all the way open with our brand of heaviness.”

Steamhammer/SPV A&R representative Georg Schröder adds: “This band rocks hard! Their debut album, Highest Society, which was released in 2010, already showed that these guys are really able to deliver some true, honest and super-heavy melodic rock. The upcoming album, Freedom, goes one step further and just blew us away. The songs recall on the times of the really big rock songs of the past but the band managed it to sound amazingly fresh and modern. We can’t wait to release this rock monster in October!”