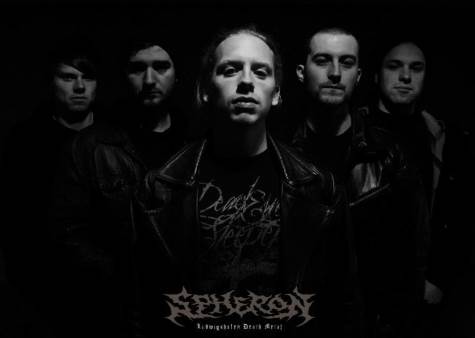 German death metal outfit SPHERON have posted the trailer to their forthcoming Ecstasy of God album, which can be viewed below. The album is due July 5 via Apostasy Records.

This challenging and absorbing album was produced together with Christoph Brandes at the Iguana Studios (NECROPHAGIST, DEADBORN, IMPERIUM DEKADENZ). The breathtaking cover artwork was painted by no other than the famous artist Eliran Kantor who has already worked with bands like TESTAMENT, HATEBREED, SODOM and ATHEIST.

SPHERON is a five-man death metal combo hailing from Ludwigshafen, South Germany. The band’s first demo was recorded in the fall of 2008. An EP, To Dissect Paper, followed in July 2010.