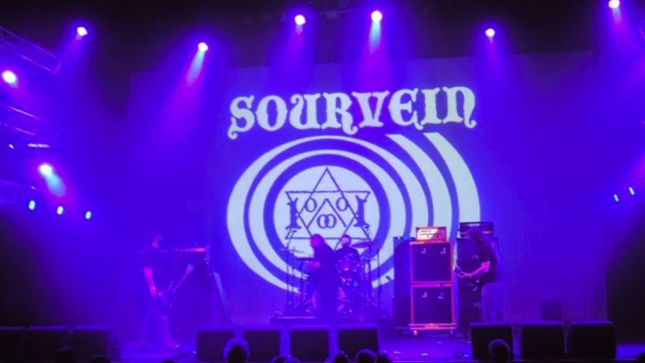 Sludge/doom veterans, SOURVEIN, have signed with Metal Blade Records. The new partnership’s first effort will be the release of the band’s fourth full-length album, Aquatic Occult, in 2015. The album is scheduled to be recorded with Corrosion Of Conformity’s Mike Dean in early 2015 and will finally see its release later that year.

SOURVEIN main man Troy “T-Roy” Medlin was interviewed by friend and fellow musician, Randy Blythe of Lamb Of God fame, who penned the band’s new biography. The text will serve as an excellent introduction for the uninitiated. It’s a recap of the past twenty years of the band, and a look towards a bright future for Sourvein.

Below is an excerpt from the biography, which includes comments on the signing and the upcoming album:

Over twenty long dues-paying years later, SOURVEIN has at long last found a proper home for their doom-laden Southern noise with underground stalwarts Metal Blade Records, and Medlin couldn’t be happier. Aquatic Occult, the band’s first offering on the label, promises to be heavier than a two-ton anchor dropped into an antique porcelain bathtub – it’s going to break things. But getting here hasn’t been easy.

“Finally, man. Finally,” he says, shaking his head in disbelief as he reflects on the lengthy, grueling trek that brought his band to Metal Blade’s roster.

“It’s the record I wanted to make when I was in those rooming houses, but I couldn’t,” Medlin says, “There was too much pain, so I got lost for bit, falling back into the party life and trying to numb myself with alcohol. But motherfuckers need to feel the pain. There is more to life than numbing yourself.” Is that what Aquatic Occult will be about, bringing the pain? “I’m going to bring the truth. The lyrics are reality to me; I don’t write about cars or chicks or fucking horror movies, I write about getting my nose fucking broken, all the stuff I saw growing up and now. But I want it to be positive, to let people know that there is a way out of bad times and tough situations. I’m living proof,” he says. When Sourvein hits the road in 2015 to support “Aquatic Occult”, is that what he’ll be talking from the stage, positivity?”

Man, it’s not all peace and love; it’s just not coming from hate anymore. And when I’m on stage, I’m not up there to talk to you anyways. I’ll let the amplifiers do the talking. I want you to feel it. You’ve got to feel alive, and life sometimes includes pain. Masking it doesn’t do any good, because it’s still there. It’s better to live and feel it. All of it, the good, the bad, and the ugly.” 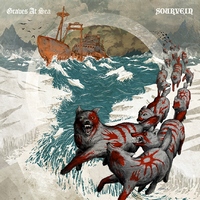