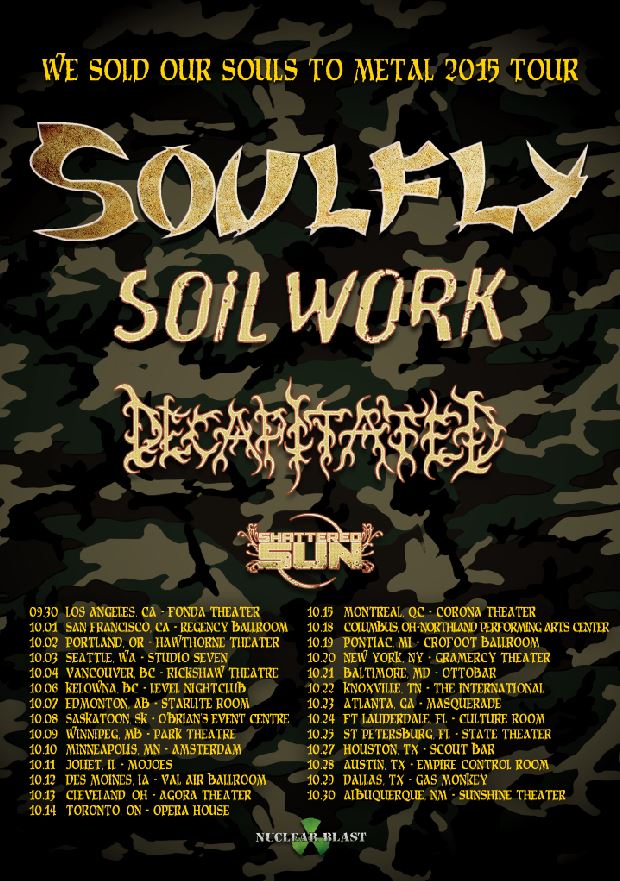 SOULFLY will embark on a monumental North American headlining tour starting September 30th in Los Angeles, CA. The band will be supporting their upcoming vicious new release, Archangel, which was produced by Matt Hyde and which will be released on August 14th via Nuclear Blast Entertainment.

“This is a great package and brutal lineup,” commented the legendary frontman Max Cavalera. “I personally am a fan of all these bands and it’s an honour to have them touring with us! See you in the pit!”