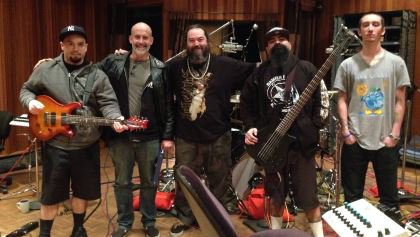 The Max Cavalera-led SOULFLY has entered the studio with producer Matt Hyde (SLAYER, WINDS OF PLAGUE) to begin recording its tenth album for a late spring release via Nuclear Blast Entertainment.

A photo of the session can be viewed to your left.

The band’s previous album, Savages, was released on October 4, 2013 via Nuclear Blast Records. The album was produced by Terry Date, who is known for his work with such acts as PANTERA, DEFTONES and SOUNDGARDEN, among many others.