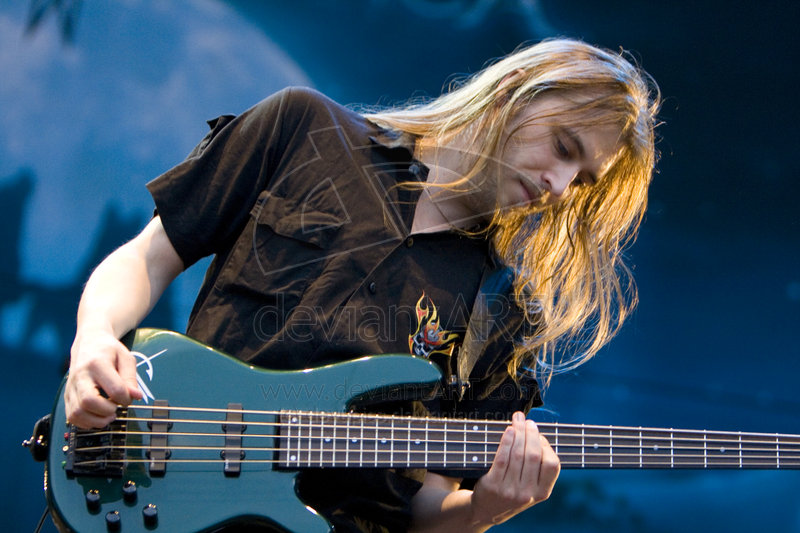 Says Marko in a statement: “I have come to a situation in my life where being a part of a touring band is not an option for me anymore and it’s time to explore other things.

“I wish to thank all the fans and my bandmates for all the good times, great shows and adventures that we have had over the last decade. The memories from this time will stay with me forever but at the moment I don’t have the motivation or the passion that is required to be in the band so it’s better for all parties involved that we go our separate ways. I wish all the best for the guys.”

Added the remaining members of the band: “”We understand Marko’s decision and this is, of course, a thing that we have talked about during the last tour. We appreciate Marko being a stand-up guy and finishing up the Stones Grow Her Name world tour. Thank you, Marko, for all these years and best of luck and fortunes with your future endeaveurs. We’ll miss you, bro.

“Our new bass player is Pasi Kauppinen (SILENT VOICES, ex-REQUIEM, WINTERBORN). We’ve known him for many years and he has mixed both our DVDs as well as recorded parts of our last three studio albums. He will join the band starting with the upcoming album.

“SONATA ARCTICA will start rehearsing in September and enter the studio in October. The new studio album will be out next spring with a world tour to follow.”