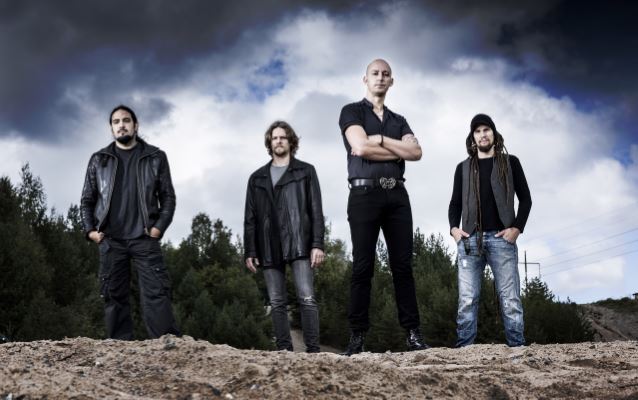 Says guitarist Joakim Platbarzdis: “It is finally time for the first video from our forthcoming second album, ‘Tellurian’, to surface. The video features the song ‘Tabula Rasa’, and gives a glimpse into our common frustrations with the world, the way it’s run today and how the effects of it exclude no one…”

The “Tabula Rasa” video was directed by Kirke Ailio Rodwell, whose work displays a flair for style, attention to detail and one-of-a-kind perspective. He says: “In a way, the video summarizes life, with its moments of zest and sadness.

“It was such a great experience to work with SOEN, who trusted me and my team to capture the extremes of life. They are talented musicians and have visions that closely coincide with my own — which is rare and truly special for me.”

As Tellurian makes plain, SOEN is not concerned with the simple or the shallow; their musical journey takes an altogether more ambitious path, and the result is an expansive body of work, wrapped up in the stunning art of Mexican painter José Luis López Galván, that consistently challenges without being “clever-clever” or tough to enjoy.

The melodies are intricate, the playing muscular and the choruses soaring; overall, the feel is one of a band whose intent is very much in synch with the sort of core values — skilled musicianship, emotion over precision, importance of album artwork — that seem to be back in vogue.