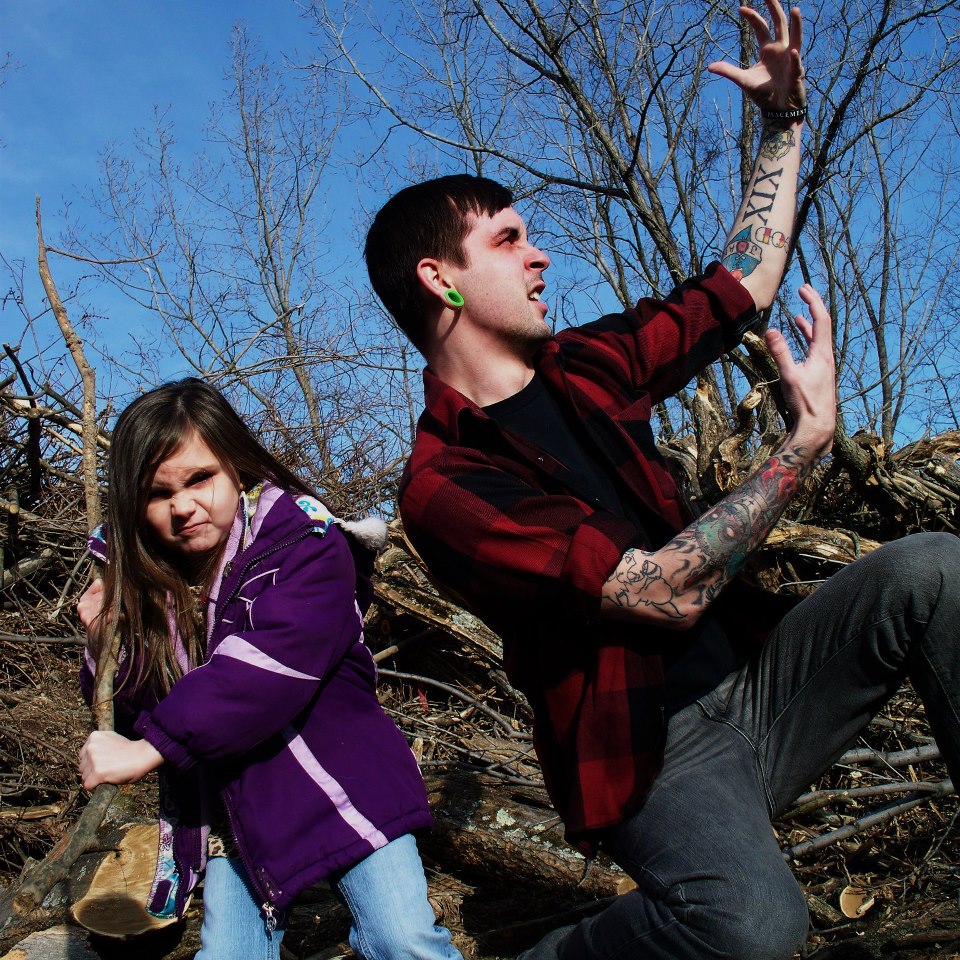 Although the words adorable and grindcore rarely find themselves in the same sentence, Indiana-based father/daughter duo SOCKWEB make them an unavoidable pairing. The duo have released the official video for the song “Werewolf” and is available for viewing below.

Their debut album Werewolf is slated for release on August 6 via Monolith Records and contains a line-up of extra special guests including: Joe Torchia of FLUX CONSPIRACY, Erik Ebsen of SPIRALMOUNTAIN, Jonathan Chun of AZURE NOISE and OZORU HAMMER, and Katherine Katz of AGORAPHOBIC NOSEBLEED. The album will be mixed by Andrew Zink  and mastered by Scott Hull of PIG DESTROYER, AGORAPHOBIC NOSEBLEED.