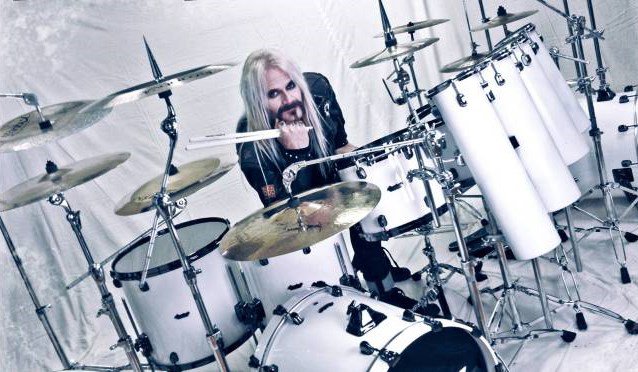 Regarding how the idea for DENNER/SHERMANN came about, Hank said: “[Denner and I] recorded the video for Don’t Break The Oath 30-year anniversary, and got so inspired that we transformed the idea to create DENNER/SHERMANN.

“Besides working with our own respective bands, SHERMANN TANK and DENNERS TRICKBAG, we now have the opportunity to extend the collaboration we started with MERCYFUL FATE in the early ’80s.”