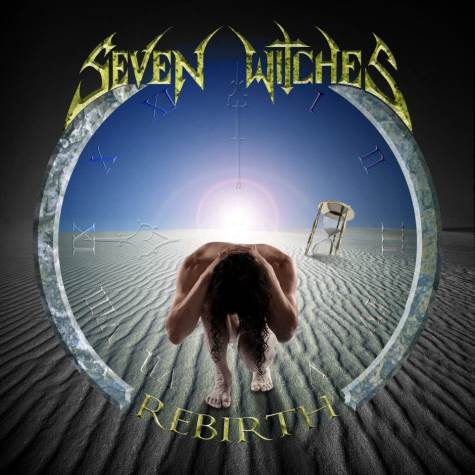 SEVEN WITCHES have released a new video for the second track, “Claustrophobic” from their ninth studio album, Rebirth which is due out on July 16 through Entertainment One’s FrostByte Media. The CD was recorded at Canyon Music in Toms River, New Jersey and was mixed at Sonorous studio in Hamilton, Ontario, Canada. The video for “Claustrophobic” may be seen below.

The band’s latest album will feature Alan singing his version of one of the new cuts (same music, different lyrics and melodies) as a bonus track.

Vocalist Anthony Cross exclaims: “We are very excited to unveil the latest incarnation of the band. I’m happy to be a part of the band and look forward to continue in the history that is SEVEN WITCHES.”