SEPTICFLESH To Reissue “The Ophidian Wheel” In October 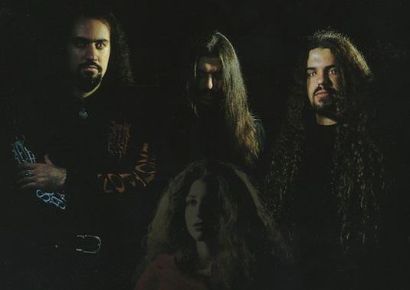 After the success of the reissues of SEPTICFLESH classics Mystic Places Of Dawn (originally out in 1994) and Esoptron (1995), Season of Mist will release a newly remastered version of the Greek demons’ 1997 masterpiece, Ophidian Wheel.

Enhanced with three previously unreleased bonus tracks and a brand new cover artwork designed by SEPTICFLESH frontman Seth Siro Anton himself, the reissue of Ophidian Wheel will be available on October 25th (October 29th in North America) on CD and various LP editions.

SEPTICFLESH’s latest album, the critically acclaimed The Great Mass, was released in April 2011 by the Season Of Mist and was produced by Peter Tägtgren (IMMORTAL, HYPOCRISY). The CD, which featured a full orchestra and choir, captured the band much attention, including placement on several “Album Of The Year” lists from notable publications worldwide.