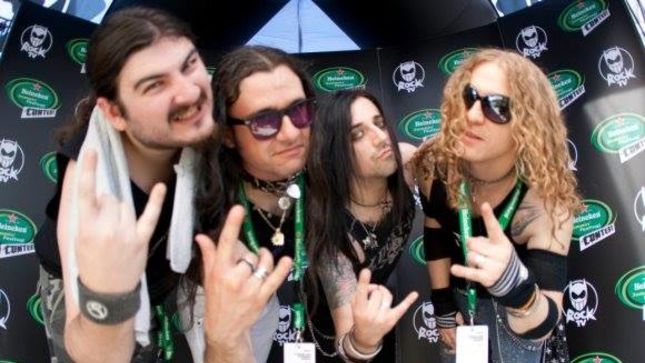 HELL IN THE CLUB, which includes members of Elvenking, Death SS, and Secret Sphere, have signed a deal with Scarlet Records for the release of their upcoming album, Devil On My Shoulder. The band mixes classic hard rock and modern sounds, heavy metal and party songs, ’50s rock’n’roll and anything in between.

Devil On My Shoulder was produced by Simone Mularoni (DGM, Empyrios) at Domination Studios in San Marino, Italy and will be available starting from November 4th, 2014. More news will be revealed soon via Scarlet Records and HellInTheClub.com.

Hell in the Club – A Decade of Decadence Returns