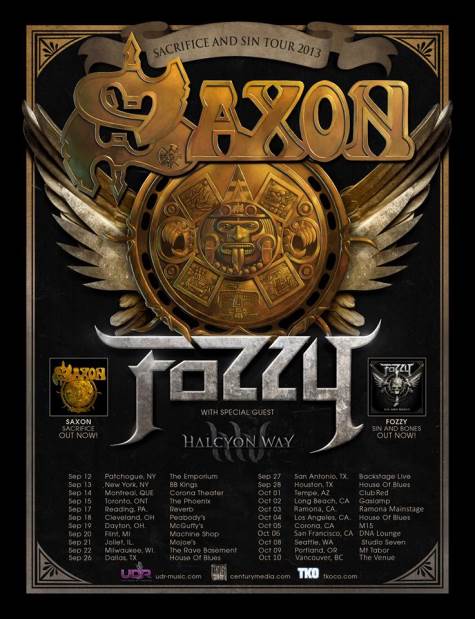 British metal legends SAXON, who will be embarking on a headlining tour of North America with FOZZY this fall, have posted the following update:

Says lead singer Biff Byford: “As we are winding down the European Festival season, it is time to begin preparations for our upcoming tour of US and Canada together with FOZZY this September. We would like you, The Fans, to choose a set list for the North American tour – which means 12 songs plus 4 taken from the Sacrifice album. Fans around the world are invited to take part but, we want to hear specifically from the North American fans who will attend the shows.

There will be prizes for the best three set list suggestions, who will each win a copy of the new Sacrifice album t-shirt. And for the Grand Prize winner; a VIP package, Sacrifice album CD and a t-shirt. Prizes will be available to pick up at one of the shows of your choice.