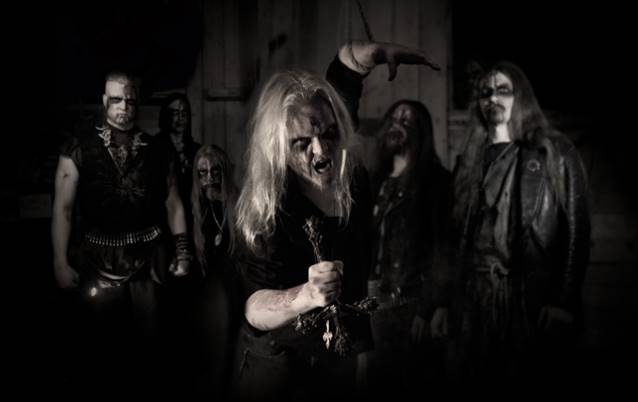 Tampere, Finland-based black/death metallers SATURNIAN MIST have signed a deal with Candlelight Records. The band’s sophomore album, Chaos Magick, will be released later in the year.

Conor Droney, Candlelight Records A&R, stated: “SATURNIAN MIST first came to my attention through the fantastic Repellings EP in 2009. These guys play raw black metal with hints of thrash and will have you hooked with their face-pounding riffs, threatening chord progressions and screamingly evil music. An another excellent addition to the Candlelight roster!”

Listen to a demo version of a new SATURNIAN MIST track, “The Heart Of Shiva,” via the YouTube clip below.

Founded in 2006, SATURNIAN MIST was established with the cabalistic idea of esoteric cults when adjusted into musical and artistic approaches, as based upon the ideas of fra. Zetekh which was to combine the occult together with musical expression. The influence of the occult and mysticism has explicitly defined the band’s working ever since and has strengthened during the years into a fierce musical artillery that is imbued with varying influences from different areas of heavy metal.

A self-titled demo was released in February 2008 via French cult label Drakkar Productions which was known for introducing bands like MÜTIILATION, WATAIN and DEATHSPELL OMEGA to the world. From the demo, the sound of SATURNIAN MIST evolved from a traditional Finnish black metal sound more toward harsh and straightforward black metal, of which full the embodiment was the “Repellings” EP.

Live shows started officially in 2009 with great success at the infamous Sathanas In Gloriam festival in Rotterdam, Netherlands and Black Sunrise festival in St. Petersburg, Russia. SATURNIAN MIST became quickly known for its energetic and powerful appearances that combined primordial rage together with devotional, even religious-like, ecstasy. During this time, the band was still searching for an established lineup and the lineup changes in the first years of SATURNIAN MIST were common, but when fra. Ptahaz joined the collective in 2009 he became quickly an invariable part of SATURNIAN MIST and has remained so to this day.

A debut album titled Gnostikoi Ha-Shaitan was released in December 2011 via Finnish underground label Ahdistuksen Aihio Productions. It caused a notable amount of controversy with a rather eccentric combination of black and death metal that broke some conventional standards of black metal with influences coming from the areas of traditional heavy metal including guitar solos, composition style, and the distinctive vocal delivery of fra. Zetekh, all tied up with theological, philosophical and psychological interpretations of the occult and the archetype of the Devil.

The lineup that forged the debut broke up in 2012 due to various reasons. Once again with altering lineups, SATURNIAN MIST promoted the debut album while sharing the stage with bands like NECROS CHRISTOS, ANTAEUS, MGLA, ARCHGOAT and BLACK CRUCIFIXION. The band’s unstable season remained to the changing of the years 2012-2013 which was when fra. Ptahaz changed his instrument into a guitar and fratres Vile (drums), Macabrum (bass) and Psychonaught (percussions) joined the band making SATURNIAN MIST a six-piece group. By this time a second full-length album was almost fully composed and matured more than enough to be worked into its final form waiting to be captured into a record. 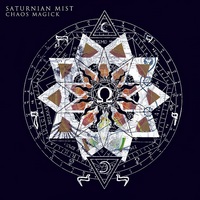