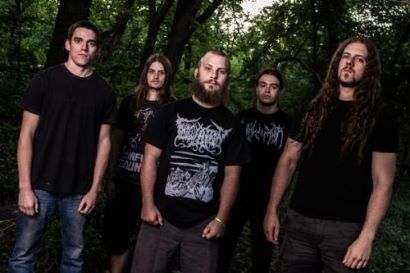 On the eve of RIVERS OF NIHIL ‘s upcoming tour with Death (DTA Tours), the Reading, PA based metal act have launched a brand new video. “Place Of Serpents” was recorded by the band and is an alternate version from the track on their debut record, The Conscious Seed Of Light.

For this version, all guitar and bass tones were recorded DI without any amps, with the sounds and tones coming from Toontrack’s Metal Guitar Gods 2 EZmix Pack for EZmix 2 instead. The drums were programmed using EZdrummer 2 with the Made of Metal EZX expansion pack by Colin Richardson. All of these products are available now via Toontrack at toontrack.com as part of their annual “Metal Month” promotion.