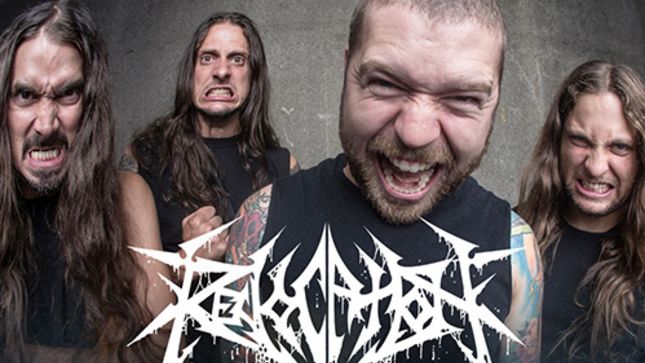 REVOCATION are back on the road right now supporting Veil Of Maya. The Matriarch Tour began on May 20th in Detroit, MI, and winds its way through the east coast, the south, and up into western Canada for a final show on June 14th in Winnipeg. A trailer for the tour can be seen below.

In celebration of the tour dates, Revocation have prepared a series of lyric videos with fellow guitarist and director/animator Nick Hipa. This week the band unveils a clip for “Madness Opus.”