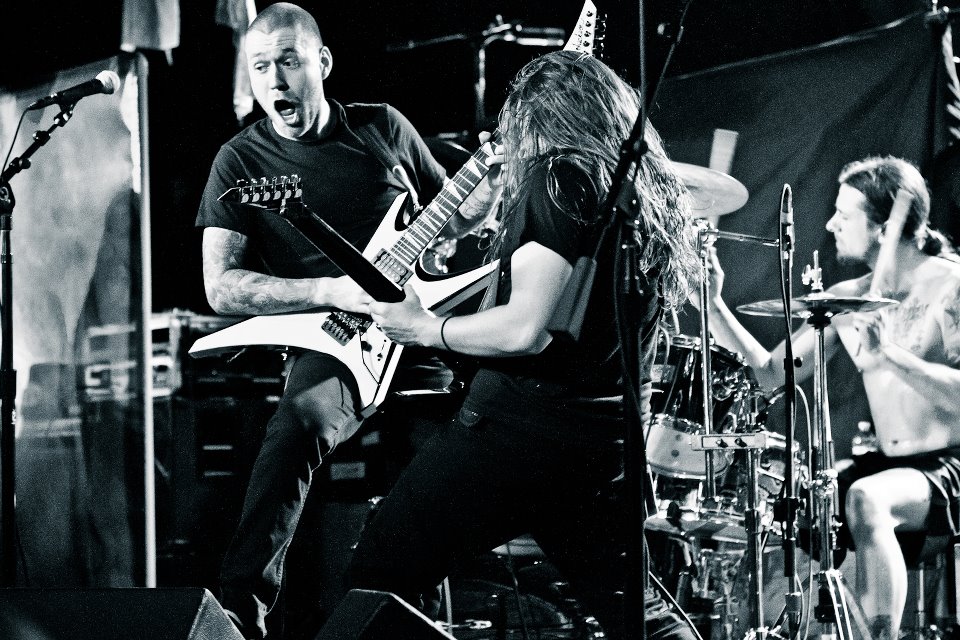 Boston, Massachusetts-based technical metal act REVOCATION has been carving a path to the top of the extreme metal heap since their inception back in 2006. During the last eight years, the band has released full-length albums (one self-released, three on Relapse Records), and a free EP with Scion A/V. As the band prepares album number five, they begin a brand new chapter of their career by signing a worldwide deal with Metal Blade Records.

“We are very stoked to announce that we have signed with Metal Blade! We are all extremely proud to be a part of a label with such a long history and legendary roster. Currently, we’re in the studio recording our 5th full length album with Zeuss at the helm. This is the start of a new chapter for us and we are so thankful for all the support that we’ve received from the underground that has gotten us to this point in our career.” – Dave Davidson

Metal Blade Records president Mike Faley adds: “We are excited to be working with REVOCATION. Their tireless work ethic combined with world class musicianship and extreme technical metal has REVOCATION at the forefront of the scene. Metal Blade looks forward to being a part of their team and helping Revocation achieve future success.”

In 2014, REVOCATION will be on the road with DEVILDRIVER, CARNIFEX, FIT FOR AN AUTOPSY, and their new label mates, WHITECHAPEL and RIVERS OF NIHIL.