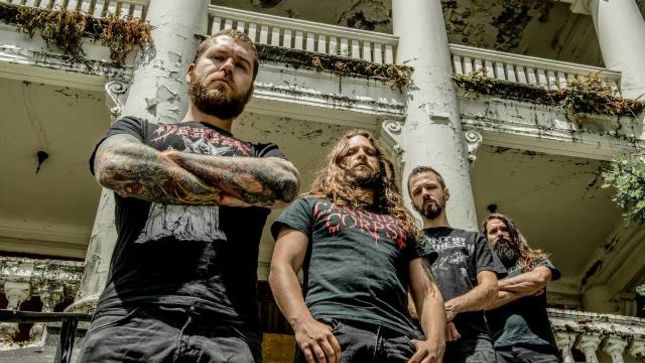 REVOCATION has officially confirmed Ash Pearson as their new full time drummer. Pearson is most well-known for his work in 3 Inches Of Blood, and is a welcome addition to the lineup.

Front man Dave Davidson offered the following on the announcement: “We’re very stoked to announce that Ash Pearson is our new drummer! Many of you might already be familiar with his drum skills in 3 Inches Of Blood but for those of you who are unaware of his talents let us assure you that he absolutely KILLS behind the kit! We’re looking forward to starting this new chapter of REVOCATION with Ash on board and can’t wait for everyone to see him in action.”

Here’s what Ash has to say about our newly forged alliance:

“I am very honored to be joining Revocation. Phil is a good friend of mine and I feel privileged to have his blessing and to be his successor. I take seriously the challenge to keep the caliber of this band high and look forward to continuing the legacy of REVOCATION.”