Revamped THE HAUNTED Lineup To Perform For First Time At 70,000 Tons Of Metal Cruise 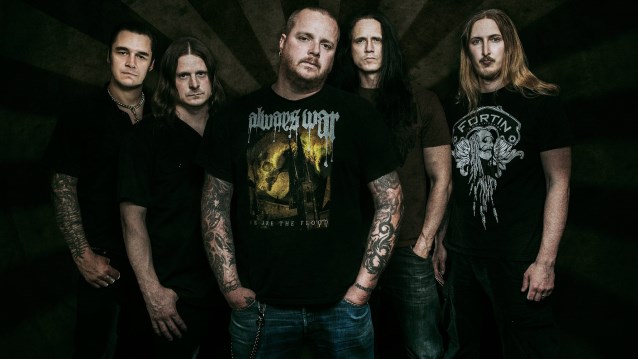 The revamped lineup of Swedish death/thrash metallers THE HAUNTED will make its live debut during the 2014 edition of “The World’s Biggest Heavy Metal Cruise” — 70000 Tons Of Metal — which will sail January 27 to January 31.

THE HAUNTED is finally back in the spotlight after almost a year without public activity and restructuring behind closed doors, following a major switch of lineups around fall of 2012.

THE HAUNTED’s founding member and guitarist Patrik Jensen stated about the band’s new lineup: “THE HAUNTED went through some difficult times last year. Losing three band members is a pretty huge blow to any band. Jonas and I agreed immediately that we wanted to continue with the band, but we wanted to take our time and not rush into anything.

“Some of you might recognize a few faces, some of you might not. Adrian Erlandsson is back on drums and Marco Aro is back on vocals. Adrian you might know from playing on our first album and Marco sang on The Haunted Made Me Do It, Live Rounds In Tokyo and One Kill Wonder‘ On guitar we also have Ola Englund bringing some pretty heavy chops to the band.